Air New Zealand has announced a purchase order for eight 787-10 Dreamliners, with an option to increase the fleet to 20.

The order has a value of $4.12 billion NZD. Both Air New Zealand and Boeing have declined to identify the actual purchase price per plane, although a significant discount to list prices has been agreed.

Joining the fleet in 2022, this has the potential to make the Auckland to New York, and other American cities a direct flight. Air New Zealand’s CEO, Christopher Luxon says the airline has “big ambitions”.

The 787-10s will be powered by General Electric supplied GEnx-1B engines and able to save 190,000 tonnes of carbon per year. The economies will allow for an additional 15% passenger and cargo to be carried, but in the case of ultra-long-haul flights, the excess capacity may be used for fuel, as per Qantas experiences on its Perth to London Kangaroo route.

The additions will complement the 13 existing Dreamliners in the fleet which have an average age of three years and the older Boeing 777-200ERs will eventually be retired/redeployed. 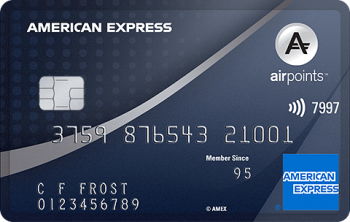 Go to Offer
Our Review
*Eligibility criteria, min spend, T&Cs apply
Receive 500 bonus Airpoints DollarsTM when you apply online by 8 August 2022, are approved, and spend $1,500 on your new Card within the first 3 months. This offer is available to new Card Members only.

10 of the Best Paid Surveys Websites in New Zealand