LATAM is a full-service OneWorld partner airline which was formed several years back when LAN (Chile) and Tam (Brazil) airlines merged. The airline operates a fifth freedom route on a 787 Dreamliner between Sydney and Auckland before flying onwards to Santiago, Chile.

I regularly trek across the Tasman on LATAM competitors including Qantas, Emirates and Air New Zealand. As such, I’ve been keen to try this product out to see how it stacks up against the competition.

Recently, I finally got the opportunity to put the LATAM business class hard product and service to the test. Read on for my take.

Before we jump into the review, I think it’s important to highlight how ridiculously affordable LATAM trans-Tasman business class is.

It’s not uncommon to see one-way business class airfares on the Auckland to Sydney route upward of $1,000 outside sale periods. However, a flight at the pointy end of the LATAM Dreamliner is surprisingly affordable.

At the time of writing, for example, one-way LATAM business class tickets from Auckland to Sydney can be purchased for around $300 NZD (and around $400 NZD on the return leg). Quite frankly, that’s an absolute steal and cheaper than some full-service economy offerings! Here’s a snapshot of a Sydney to Auckland fare for later this month which I found easily via Google Flights:

Which airline should I credit LATAM flights to?

You can credit your LATAM flight directly to the airline’s loyalty scheme – LATAM Pass Points. However, LATAM is also a OneWorld partner airline, so flights can be credited to airlines including Qantas Frequent Flyer. You’ll score 40 Qantas status credits and a nominal number of points for a one way trip across the Tasman.

Check-in and visiting the Qantas First Lounge at Sydney Airport

As a LATAM Business Premium passenger, I had access to the fast track check-in lane. The LATAM desks at Sydney Airport are manned by Qantas staff, who were able to process my check-in quickly and efficiently. Before long, I was on my way to security and the lounge beyond.

As a Qantas Platinum member, I’m always excited to visit the Qantas First Lounge at Sydney Airport. I arrived at around 9 am, whilst LA800 departs Sydney at 11.35am, so I had just over an hour to make use of the facilities.

Sadly, no spa treatment bookings were available on this occasion. However, I enjoyed my usual breakfast ritual of sweetcorn fritters and bacon with avocado and tomato salsa, plus a glass of Mumm Rose NV Champagne. Oh, and I may have also snuck in a sneaky serve of salt and pepper squid, too (yes, you can order selected dishes from the lunch menu at breakfast if you ask nicely!).

Before long, it was time to head off. I bid my goodbyes to the Qantas First Lounge and lugged my hand luggage to the gate which was located at the far side of Sydney Airport.

If you’re travelling with check-in luggage, it’s worth noting that passengers travelling in LATAM business class can check in three bags of up to 23kg each and one carry-on bag of up to 16kg in weight. One personal item (such as a small handbag) is also allowed.

The LATAM 787 Dreamliner features 30 Premium Business seats in a 2-2-2 configuration. The configuration of the cabin, unfortunately, means that direct aisle access isn’t available to every passenger. However, for a three-hour trans-Tasman trip, this isn’t likely to be a major concern.

As I scoped out the cabin, I admired the soft pink Dreamliner mood lighting I’ve come to love.

With a 75″ seat pitch and 23″ seat width, LATAM business class delivers a slightly tired looking, yet spacious enough seat for your next trans-Tasman flight.

The seat converts to a 185cm lie-flat bed. Easy controls allow you to enjoy flat mode at the touch of a button.

Plush blankets are provided for those who opt to doze through the short flight to Auckland.

The LATAM business class seat provides a range of convenient storage options. These include upper, lower and magazine storage compartments on the forward seat backs plus an ottoman to store a small personal item.

There are two tables at hand. The first acts as a small perch for a drink or tablet, folding out from the middle console…

…while the larger tray table which is used for dining folds out from the side of the seat.

Each seat features overhead reading light, which is easily adjusted.

Large seatback entertainment screens and basic noise-cancelling headphones are provided. While a range of English language films, TV shows and box sets are on offer, I found the entertainment selection was fairly limited.

I was surprised to be handed an amenity kit slightly after boarding, as these aren’t usually on offer for trans-Tasman flights. The contents included socks, an eye mask, earplugs and a pen (handy!).

Shortly after I boarded, the crew came around with a tray of drinks. No champagne or sparkling wine was on offer – surprisingly – so I opted for a glass of water.

Around 30 minutes after takeoff, the crew came around with menus and to take food and drinks orders. The Sydney to Auckland flight features one tray ‘snack’ menu – a salad of seasonal greens which is served with one of two small entrees and followed by a set dessert.

For my entree, I chose the cured ham sandwich with Edam cheese. This was served with a salad of mixed greens garnished with pepitas. For my dessert, I received a chocolate cake with mango and passionfruit compote.

A trio of thoughtful items – a Godiva chocolate, Himalayan salt and Chilean branded salad dressing – helped to lift the presentation of the meal.

All in all, it was a fairly basic meal, but perfectly adequate for the short crossing through to Auckland.

After my meal, I settled back to listen to some music and stare out of the bank of beautiful Dreamliner windows next to my seat – something I never tire of!

Before long, the coastline of New Zealand’s North Island came into view, and we descended quickly into Auckland airport.

While the hard product and service aren’t amongst the best in the sky, LATAM delivers a solid and spacious offering for your next trans-Tasman treck. It’s not a patch on the exceptional Air New Zealand Dreamliner business class, but it’s a cut above a Qantas or Virgin 737 any day of the week. And for the price, it’s simply unbeatable! 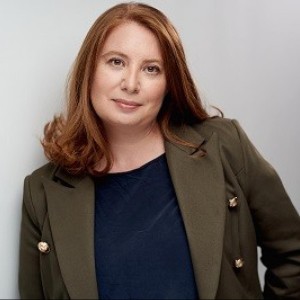 Why American Express deserves a place in your wallet in 2021